Read the Latest in 'The George'

Read About Mason In the Media

The Communications Department collaborates with partners across the university to tell Mason’s story internally and externally.

Our team of writers and editors works with leadership, faculty, staff, students and community partners to align the university around core themes and messages and spotlight our success through news stories, features and other forms of communication. We share those stories through online and print publications, as well as through media outreach. The team also assists leadership with university-wide communication, presidential communication and crisis communication. 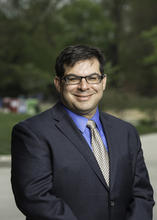 Michael Sandler is the Associate Vice President of Communications. Prior to joining Mason in 2014, Sandler spent nearly two decades as a reporter and editor in Washington, D.C., and Florida, covering government, politics, and policy. He has been a reporter or editor at the Associated Press, Congressional Quarterly, The Hill, the Tampa Bay Times (formerly St. Petersburg Times) and The Washington Post. 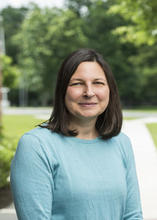 Melanie Balog is the Director of News and Content. She supervises the communications officers, oversees content for the Newsdesk and The George, and works with media to tell Mason’s story externally. She came to Mason in September 2014 after more than 18 years as a newspaper reporter, columnist, and editor, including at the Northwest Herald newspaper in suburban Chicago and the Charleston, S.C.-based Post and Courier newspaper.​​ 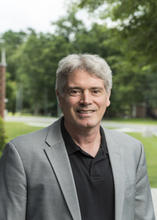 Damian Cristodero is the Director of Communications Projects and Multimedia. He produces Mason's Access to Excellence podcast, writes video scripts and oversees video projects, and supervises our communications interns. He also works closely with media to help tell Mason’s story externally. A graduate of Hofstra University, he joined Mason in 2015 after a long career as an award-winning sportswriter for organizations including the Tampa Bay Times (formerly the St. Petersburg Times) in Florida, the Gannett News Service and Newsday in New York. 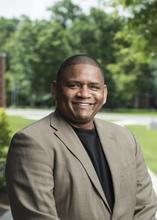 John Hollis is a Communications Officer who covers the Volgenau School of Engineering, the College of Science and social sciences in the College of Humanities and Social Science, as well as sustainability and military issues. He joined Mason in April 2017 and comes with 16 years of daily newspaper experience, including nearly 10 at the Atlanta Journal-Constitution and a correspondent stint with Time Magazine. He is the author of an upcoming novel chronicling the life and tragic death in Vietnam of his wife’s uncle, U.S. Marine Medal of Honor recipient (posthumous) Sgt. Rodney M. Davis.​
Email: jhollis2@gmu.edu
Phone: 703-993-8781 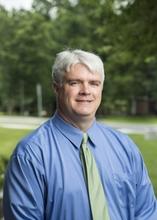 Mariam Aburdeineh is a Mobile Journalist/Communications Officer who covers the Schar School of Policy and Government, the Antonin Scalia Law School, and the Carter School for Peace and Conflict Resolution at the Arlington Campus. A Mason graduate, she has more than five years of professional experience writing, editing, and creating multimedia content for national magazines and renowned nonprofit organizations. 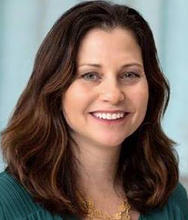 Anna Stolley Persky is a Communications Officer who covers the Honors College, University Life, the School of Business, and the College of Education and Human Development. A lawyer by background, she reported for Bloomberg News, Fox News Channel and the Los Angeles Times, as well as a variety of magazines. As an adjunct professor, she has taught the First Amendment, media law and privacy law to both college and law school students. She is a graduate of Sarah Lawrence College and University of California, Davis, King Hall School of Law. In her spare time, she writes fiction and poetry.